Resources for CBU students, faculty, and staff to learn more about CBU Reads authors and books.

Justin Brooks, Director of the Center for Community Engagement 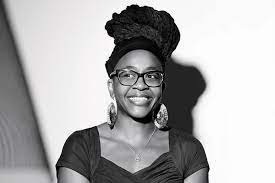 "Nnedi’s works include WHO FEARS DEATH (in development at HBO into a TV series), the BINTI novella trilogy (optioned and in development with Media Res), THE BOOK OF PHOENIX, the NSIBIDI SCRIPTS SERIES and LAGOON. She is the winner of Hugo, Nebula, World Fantasy, Locus and Lodestar Awards and her debut novel ZAHRAH THE WINDSEEKER won the prestigious Wole Soyinka Prize for Literature.

Nnedi has also written an Africanfuturist comic series LAGUARDIA (winner of the Hugo and Eisner Award); comics for Marvel, including BLACK PANTHER: LONG LIVE THE KING and WAKANDA FOREVER (featuring the Dora Milaje) and the SHURI series;  and her short memoir LAGUARDIA.

Nnedi holds a PhD (literature) and two MAs (journalism and literature). She lives with her daughter Anyaugo and family in Phoenix, Arizona."

Other Books by Dr. Okorafor in Plough Library's Collection